After partaking on the end of summer trip with Hue and his friends I realized I had some work to do. These students, my new friends, were now on summer vacation and for the most part hadn't made any plans.  I couldn't let them just hang out around Milwaukee, reliant on buses to get them where they needed to go and not knowing what to do with themselves.  I started brainstorming ideas and soon had a list of things not only that I wanted them to experience, but things that would be just as fun for me.  After parting ways at the end of the field trip I ended with 'See you soon' rather than 'Goodbye', and I meant it. 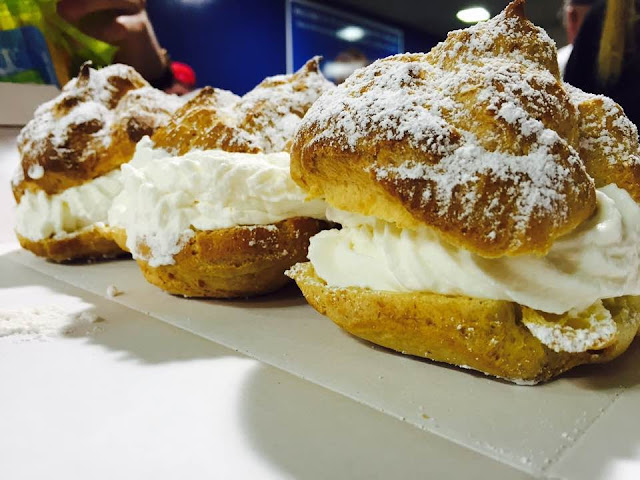 My first responsibility was to introduce them to the Wisconsin State Fair, I mean how could I let them live in Wisconsin and miss such a spectacle?  Food on a stick, pig races, giant slide, farm animals, what more could these kids ask for in a day?  I told Hue to invite his friends, but as some were proactive in scheduling their own vacations, there were only four of us total.  My cousins, whom Hue had already met and befriended were also planning to go so we all met up for a day of eating and wandering, but mostly eating.  There's always deals to be had at the fair so I chose opening day, where admission was only two dollars, granted you brought a few canned goods. 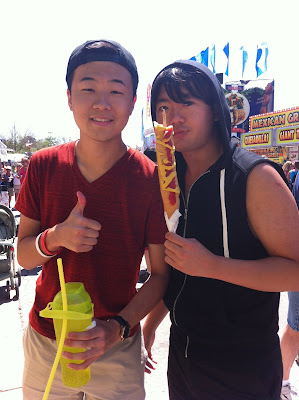 We arrived around lunch time so it was only natural that we start with our first round of eating, what was going to be difficult however was deciding what to eat.  They all asked me for advice, but I even wasn't sure where to start.  Ultimately we wound up with a variety of things, but I think the corn dog was one of the biggest hits, thankfully we still had plenty of time to sample more.  Before doing so however we decided to explore the animal barns, rows upon rows of pigs, cows, horses and sheep, I mean doesn't that just sound thrilling?  I think having grown up in Wisconsin, and visiting the state fair as a child the novelty has long since worn off for me, but for the rest of them it was at least a new experience. We also had to make sure to catch the pig races, something I always remembered as being a highlight at the fair, but there too the excitement seemed to dull.  I still had high hopes for one more thing, the giant slide, which Hue treated us to after finding 20 bucks on the sidewalk. 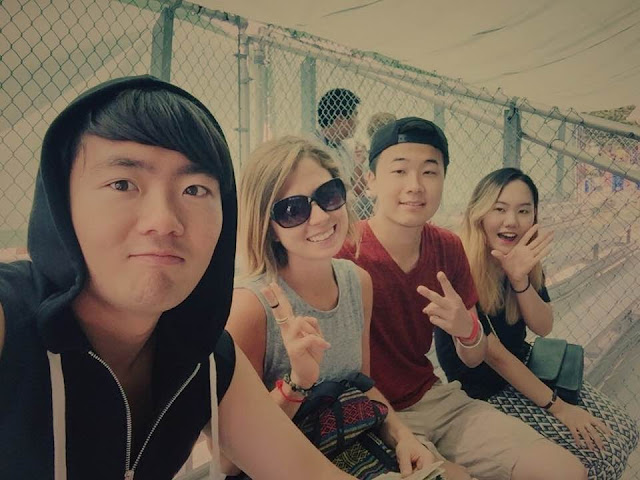 The final must do at state fair was, of course, eating the iconic cream puffs that so many people rave about.  It was nearly impossible or me to explain what exactly they were or why they're so famous, so instead I just forced them all to eat one.  The hesitation on how to approach the monstrosity was amusing, but they eventually got the technique down and the four we bought quickly disappeared. Although we could have stayed longer and ate more, we all agreed that our time at the fair had been enough and so to end the day I took them all to the Ale house downtown, one good meal away from campus and fair food, but unfortunately a few months too soon to appreciate the beer. 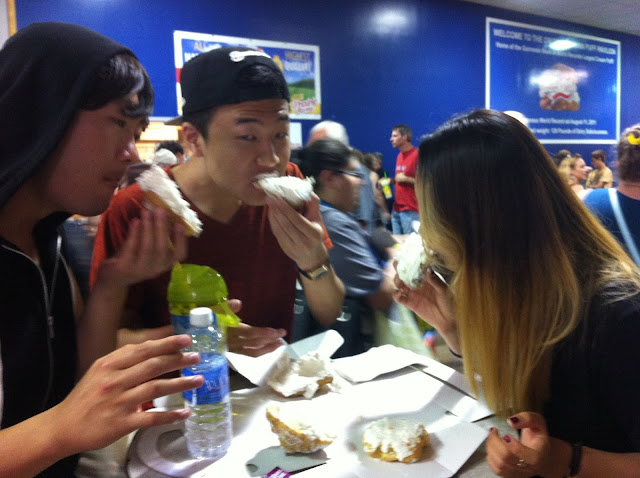 A few weeks later, and shortly before I was set to depart for Europe, I arranged plans for another outing with my new favorites, this time in the form of baseball and of course more food.  The students had went to a game earlier in the summer with their ESL class, but did not partake in any form of tailgate, which in my opinion is the most important part of the whole outing.  This time I wanted to give them the full experience, so I called in a few favors (bags game, grill and grill master - my dad).  Along with all the food and games I invited my cousin Adam to join, having seemed to take a liking to Hue and Jun on their last meeting I thought he'd enjoy the day.  We got lucky with the weather, clear skies full of sun, which provided for the perfect tailgate.  I introduced everyone to Wisconsin brats, a variety of snacks, and my cousins 'famous' chocolate chip cookies, at least the eyes of Hue.  After a few rounds of bags and polishing off nearly all the food - I almost forgot how much teenagers can eat - we made our way into the game.  Our seats were in the nosebleeds (nice and cheap), but being an end of season, mid-week game there were plenty of other seats for us to choose from, so we switched to a lower level about halfway through. 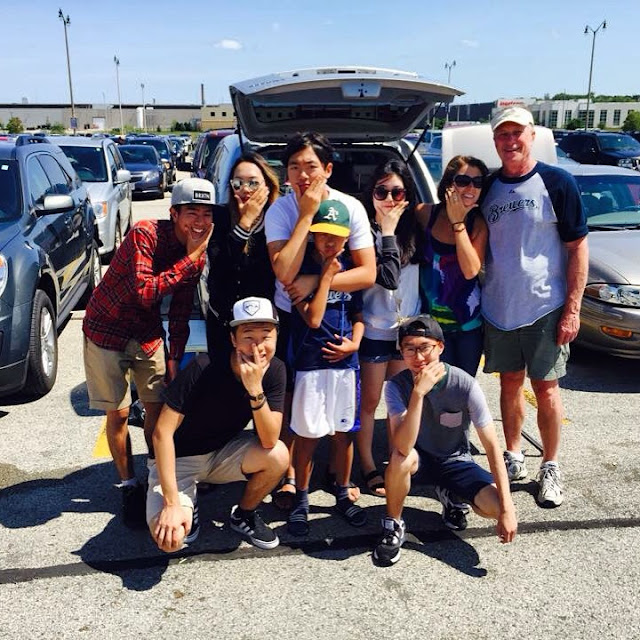 I'm honestly not sure who had more fun that day, all of the students, my dad or myself.  The excitement everyone had, from getting away from campus, successfully tailgating, and building fusion hot dog monstrosities was infectious. This may have been one of my favorite tailgate experiences at Miller Park, and ironically also my most sober.  I said before I'd love to go on a cross-country road trip with one of my Korean friends and this day was more proof that would be an amazing experience.  Introducing and sharing my own culture is a way to see everything through new, fresh eyes, things that have become normal or boring in our own routine are brought back to life by others.  The day was a complete success and my only regret at the end of it was that I had not done it sooner, thankfully though I still had a few weeks before saying my goodbyes.