So Many Naked People

It's crazy how fast my time in Korea has been flying by, I remember last spring talking to friends about wanting to go to the Daegu International Bodypainting festival and now it's been over a week since I've been there done that.  The festival took place the first weekend of September and was held at Duryu park in Daegu.  Caitlin and Joonwoo picked me up around 10am and we made our way into Daegu (woo hoo for not having to take the train) arriving just in time for what was supposed to be the opening ceremony. Turns out there wasn't any type of actual ceremony, 11 o'clock was rather just the time all the painting started.  The park was pretty empty but it was cool to see all of the models and artists getting ready. 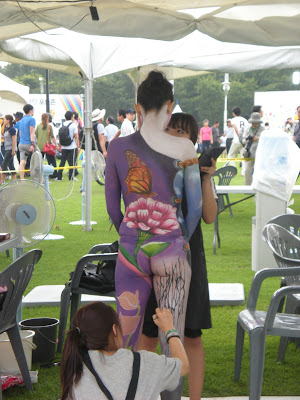 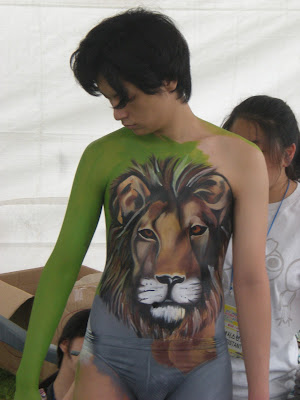 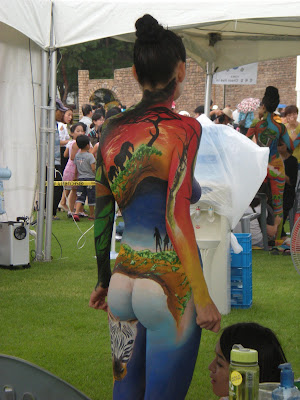 After realizing that we had quite a bit of time to kill we decided to head out for lunch and return for the afternoon festiveness.  We drove to one of the richer areas of Daegu, which I obviously don't remember the name of, and after much deliberation decided upon shushi.  Again not quite the sushi i'm used to but it was a nice change and satisfied our hunger.  After lunch we stopped for coffee on a rooftop terrace overlooking a small pond/lake area, complete with duck paddle boats.  I got a text from Sara that she was on her way into Daegu so we decided to head back to the park, meet up with her and see the finished products.  They had a small stage set up so each model could present the artists work, and they were all beyond impressive.  First was the fantasy make-up category which meant only the face/neck/arms were painted, coordinating with the dress and headpiece. After all of those entries went through it was time for the full body art, I can't imagine sitting all day to be painted, but Sara and I decided if we were ever offered the opportunity we would do it.  It's got to be one of the most invigorating feelings to be entirely naked in front of a huge crowd of people but at the same time almost fully clothed from the paint.  It was hard to get a good photo being as far away as we were (sitting on the hill) but Caitlin and Joonwoo went to the photo area for a while so I stole some of their good shots - enjoy! 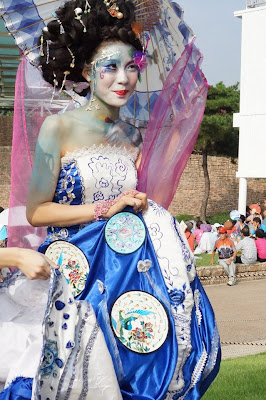 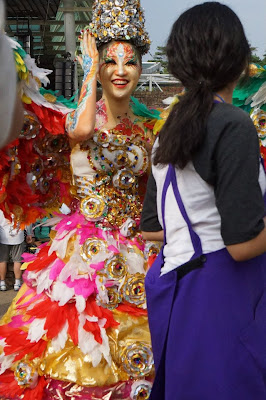 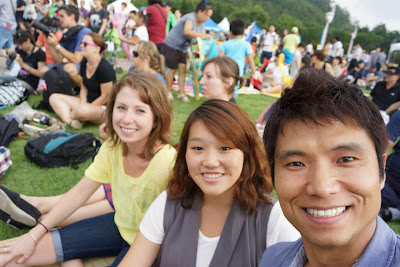 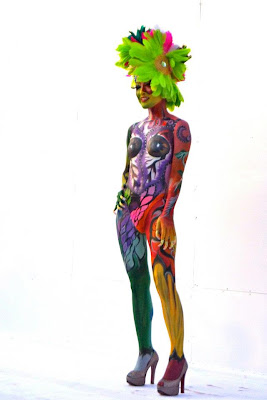 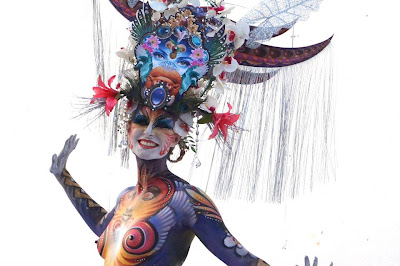 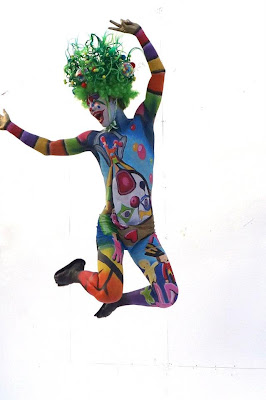 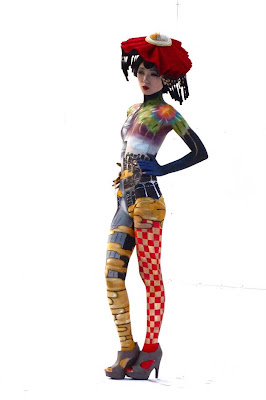 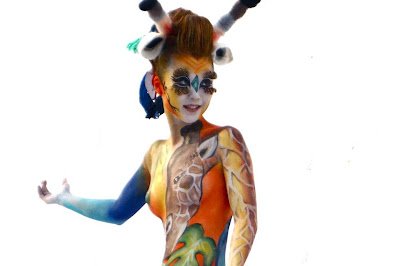 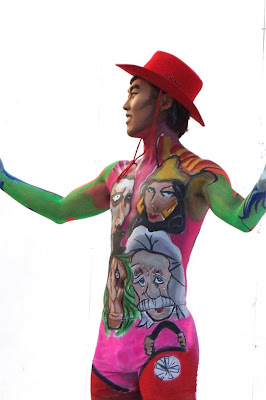 Like I said, I can't believe the festival has already come and gone, it was another fun day of adventure in Korea. Someone recently commented that it seems like there is always something going on here for me to do, weather it's a festival, celebration or parade.  I guess that's one thing I've kind of taken for granted, there really is a festival or event every weekend, and even if it's halfway across the country I can get there within a few hours and for a pretty good price. Good job Korea, thanks for keeping me entertained! I can't wait to see what next weekend brings.