Cebu, not sure how I feel about you

Although it produces amazing memories, interesting stories and some great pictures, budget travel isn't always glamorous.  In order to get that cheap airline fare you might have to be okay with arriving somewhere in the middle of the night, tired and a bit disoriented. Lucky me, I turned up at Cebu airport somewhere around 2am still having to navigate my way into the city.  I've learned to keep an eye out for other solo travelers, especially in situation such as these, so when I found a girl that looked to be a similar situation as myself I decided we should join forces.  Cabs from the airport are known to try and scam tourist so I figured we should join forces and at the very least we could split the fare into town. Although the cab drivers tried to feign ignorance, we got lucky in that our places were only a few blocks from each other, I guess being outgoing worked in my favor here.  I quickly 'checked into' my room and drifted off to sleep, I briefly awoke around 5 to let Loudine in (she had a later flight) and then found myself wide awake around 8am, why? We decided to venture out in to the city as we were both starving, wandered the streets for  close to an hour before stumbling into a Thai restaurant, comatose.  Once our stomachs were full we decided to go back and nap, shower and prepare ourselves for a day of sightseeing. 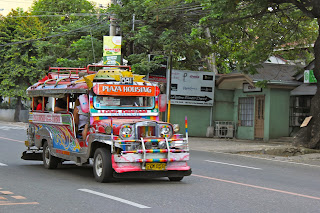 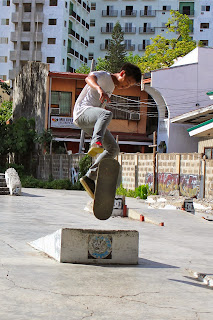 We decided since we had the time that we'd just walk downtown and see what we came across on the way there.  Honestly though, there wasn't much, the city is congested and a little smelly, and it's supposed to be better than Manila, let's hope I never find myself there. We took note of some massage parlors, restaurants and bars that we could return to later in the evening before stumbling upon the market. I've been to public markets before but this was an entirely new beast, crossing the road was a mix between a frogger game and a death wish while the market stalls themselves were swarming with people, animals (both dead and alive), and various goods.  Honestly walking these streets made me feel a bit claustrophobic so I was all too happy to leave. We weren't really sure what way was out but we were soon winding down some back alleys, eventually coming out near the sea; we took the opportunity to get away from the madness and enjoy a little quiet. 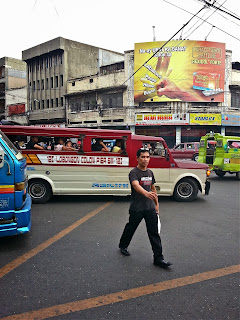 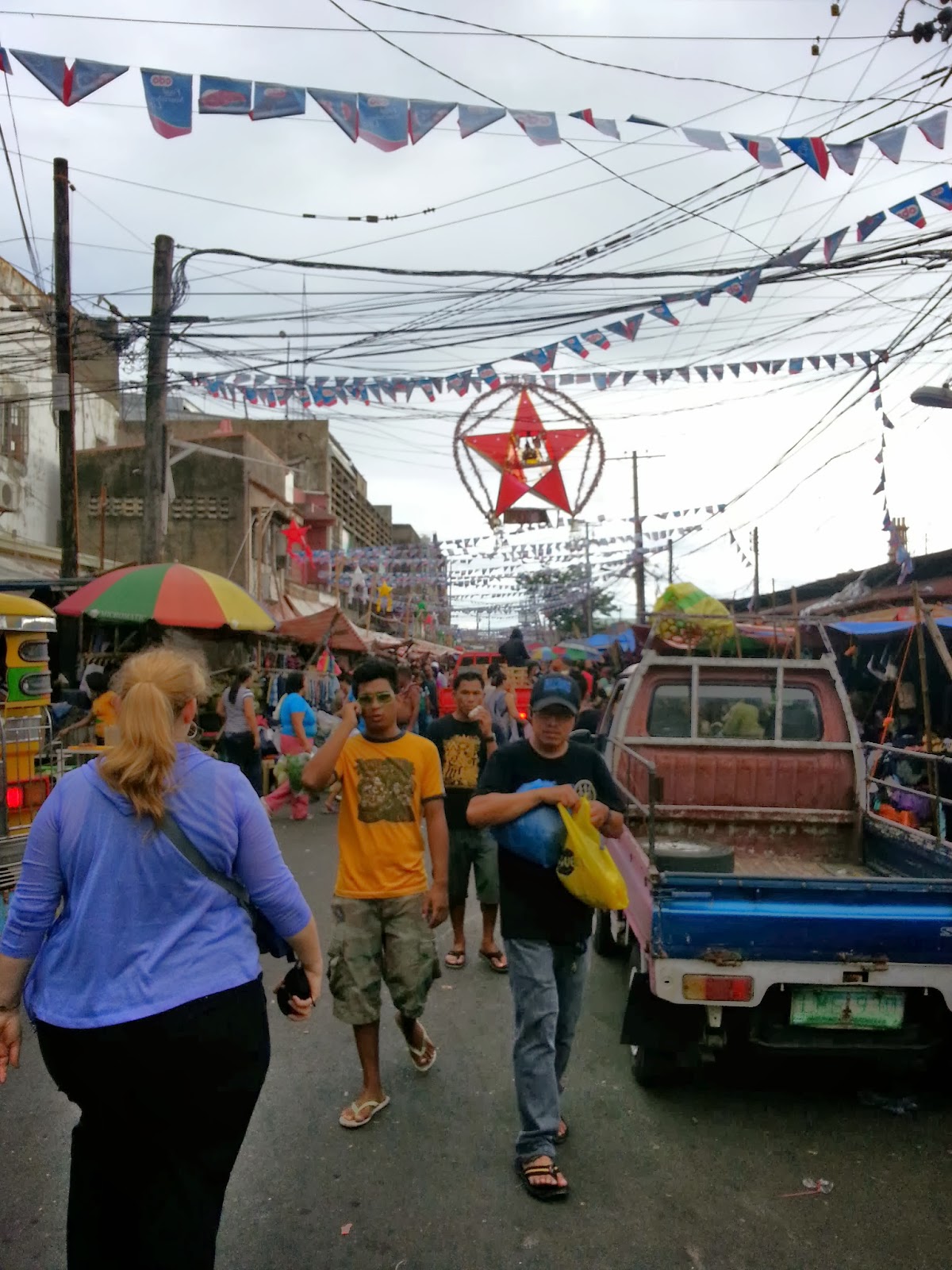 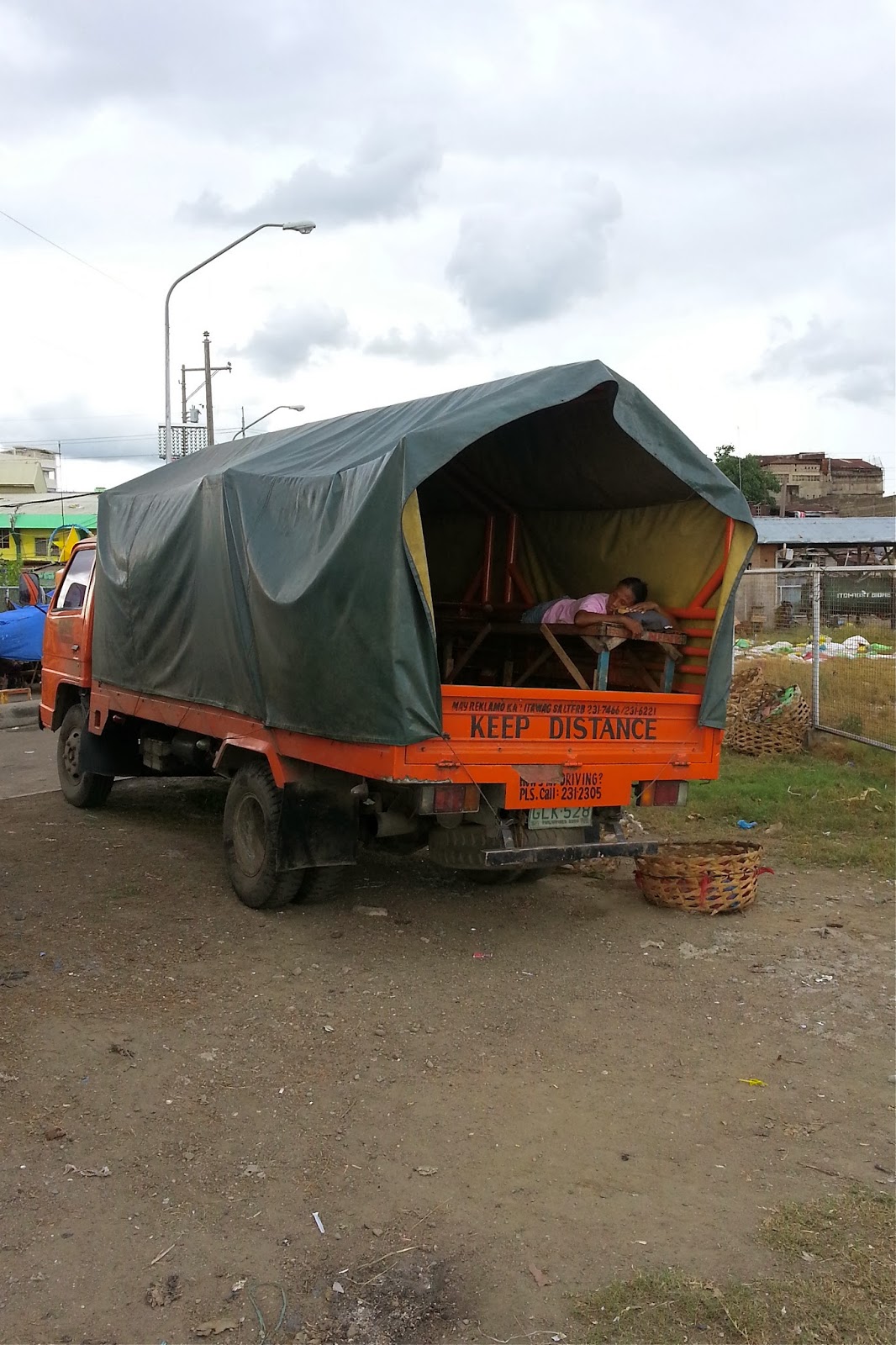 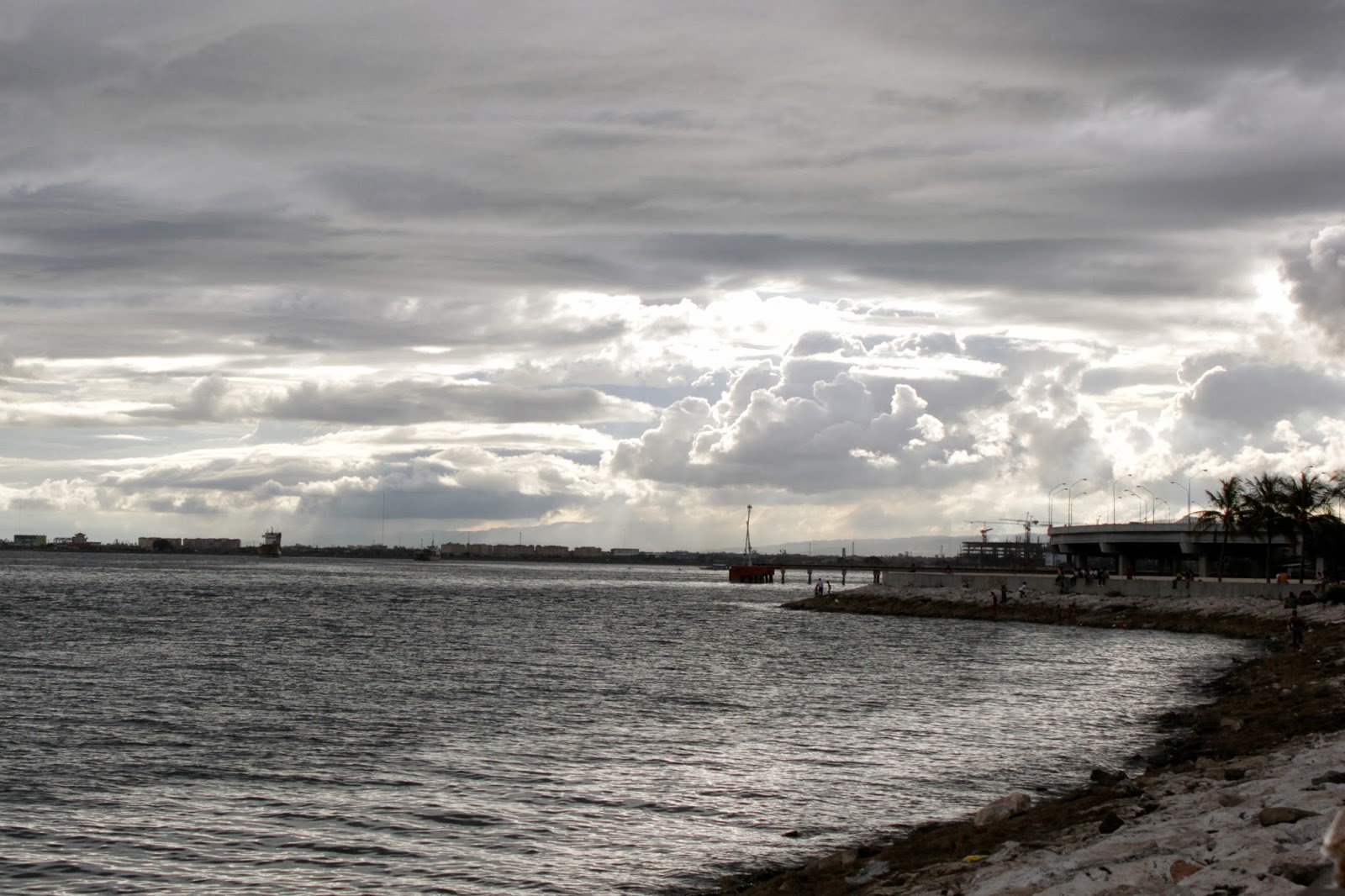 Not exactly the beaches I was waiting for, but still pretty 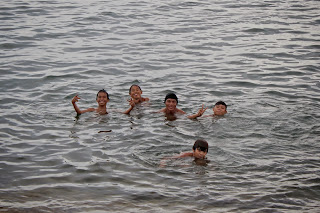 Not sure that water looked swimmable 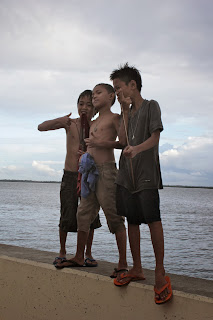 Cute kids, until they begged for our $$

Although the water reminded me a bit more of Lake Michigan than any beautiful beaches you'd see featured in a Philippines travel guide, it was still nice to be away from the city's craziness.  We talked to and took a few pictures of the local kids - per their request, but then had to shoo them away as they asked for money.  "You take picture now pay me" - great businessmen in the making right there.  From the waters edge we made our way to Fort San Pedro, took a picture and left, as you can probably tell we were over the whole 'tourist' thing for the day. 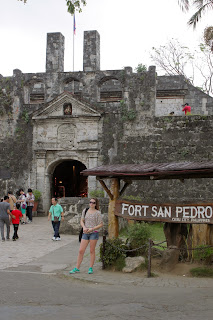 My one touristy picture from Cebu 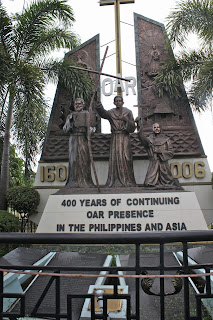 I'm going to pretend this is of some importance.... 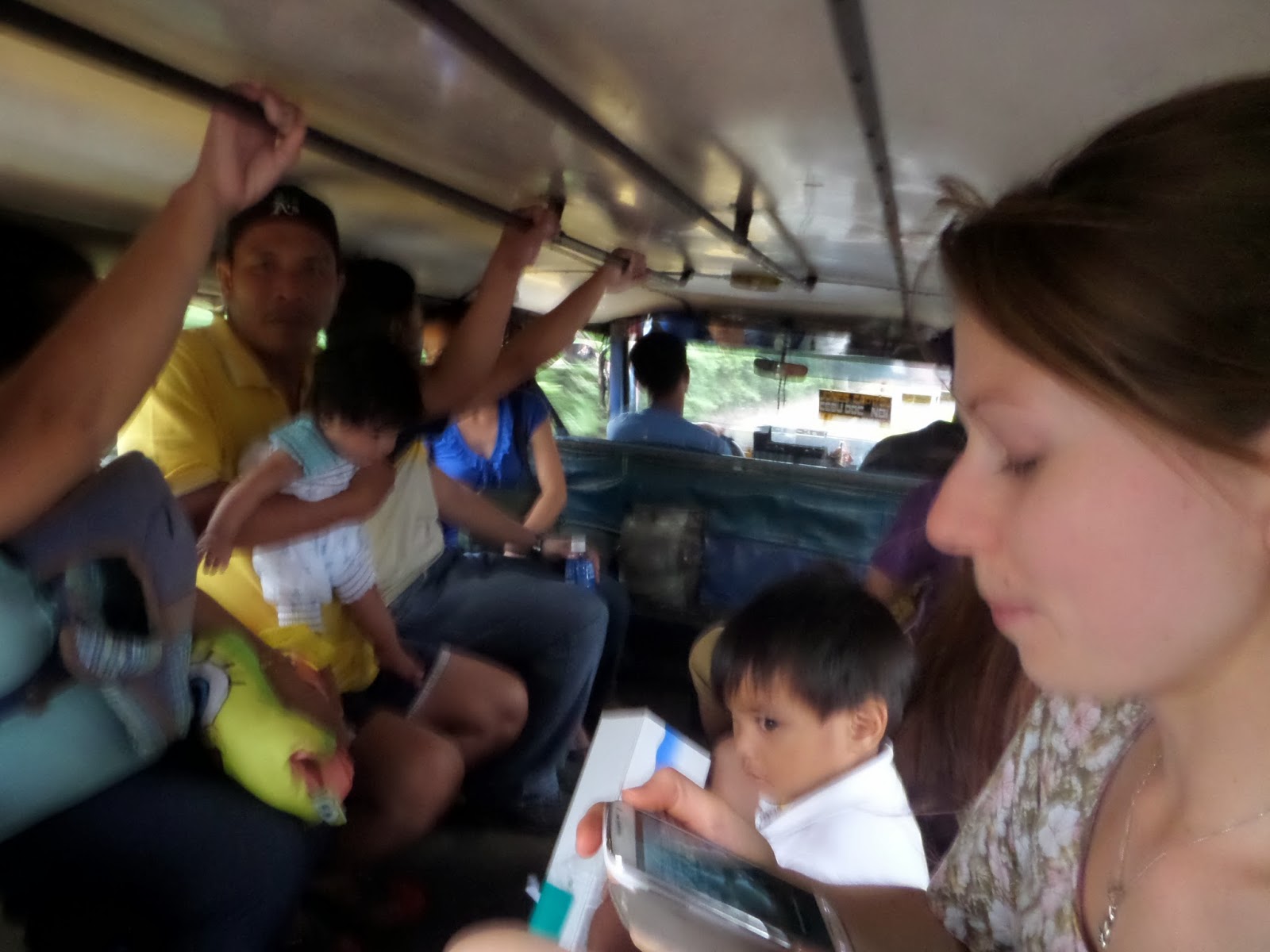 I'm proud to say we mastered the Jeepney and got ourselves the cheapest ride of our trip [8php each] close to the area where we had ate breakfast/lunch that morning. One of our friends from Korea was also in Cebu so we were trying to make plans to meet him for dinner and drinks that evening, a bit harder when you're relying on WiFi for communication ability.  Loudine and I had a pathetic dinner along with a few delicious beers before finally meeting Min-kyu and making our way back to our guesthouse for a few more drinks. Crazy how small the world is because as we sat down I spotted the girl I shared the taxi with the night before, sitting across the room.  The five of us sat together drinking and sharing travel stories before eventually calling it a night. 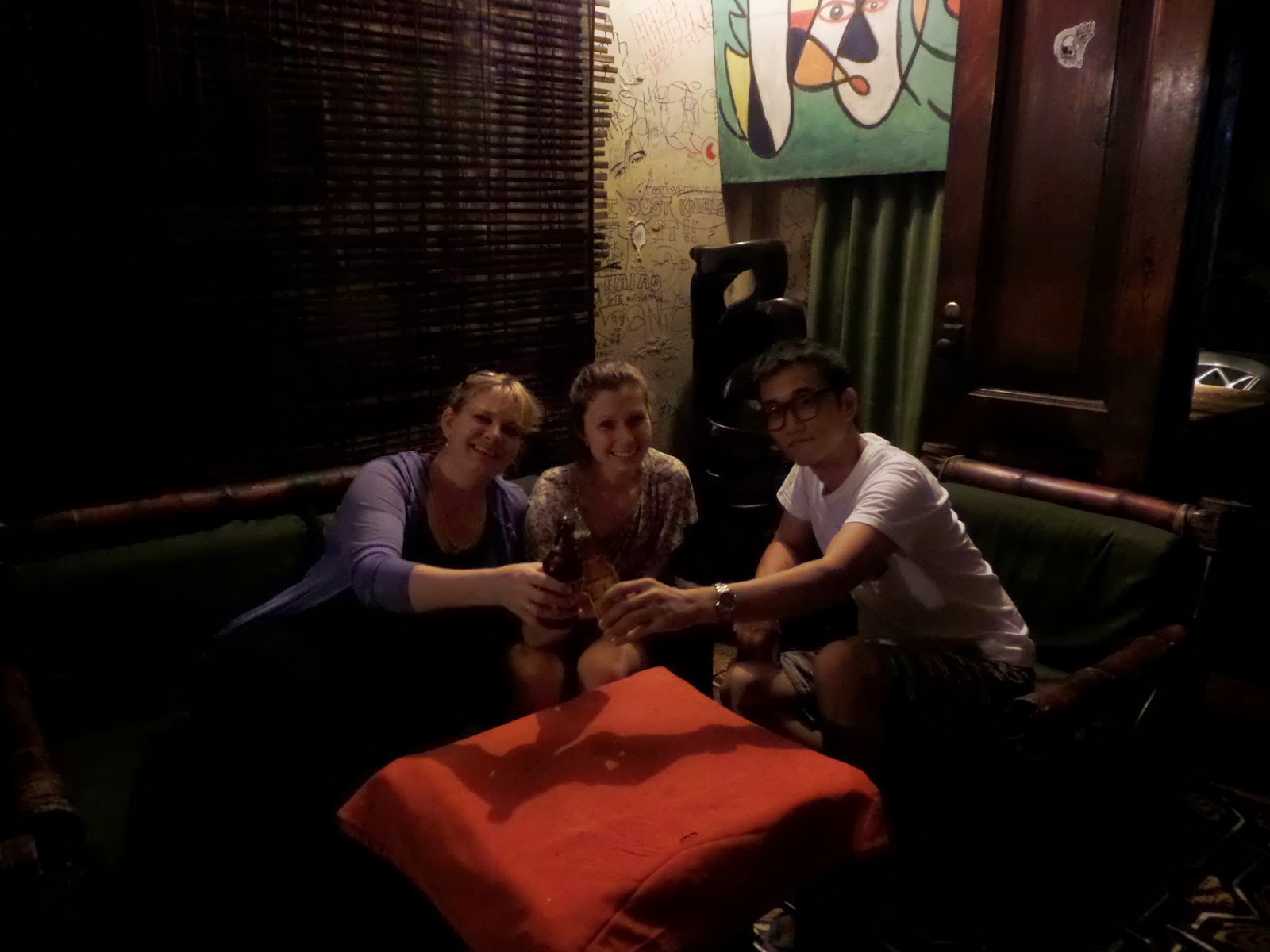 Met in Busan, reunited in Cebu 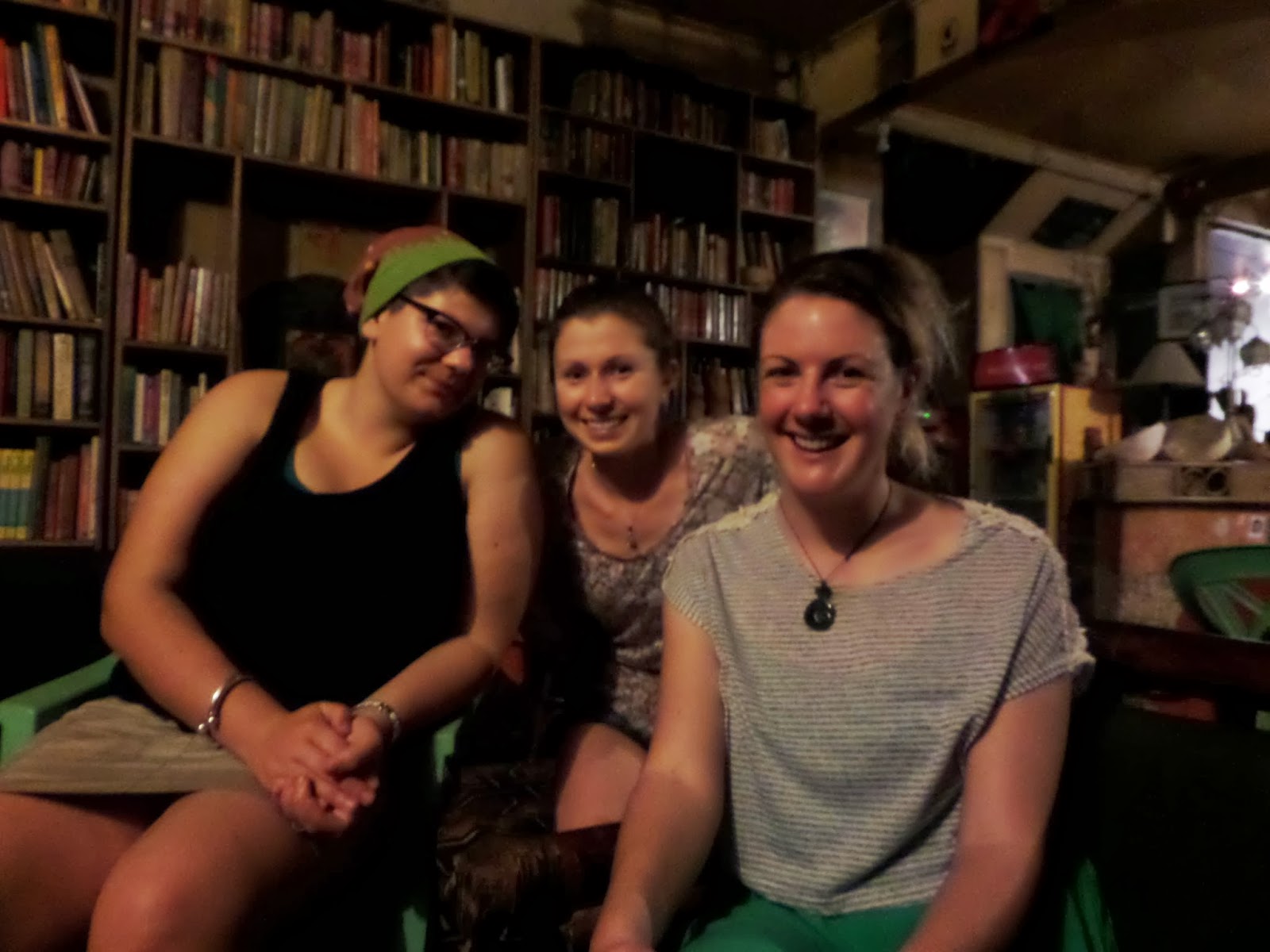 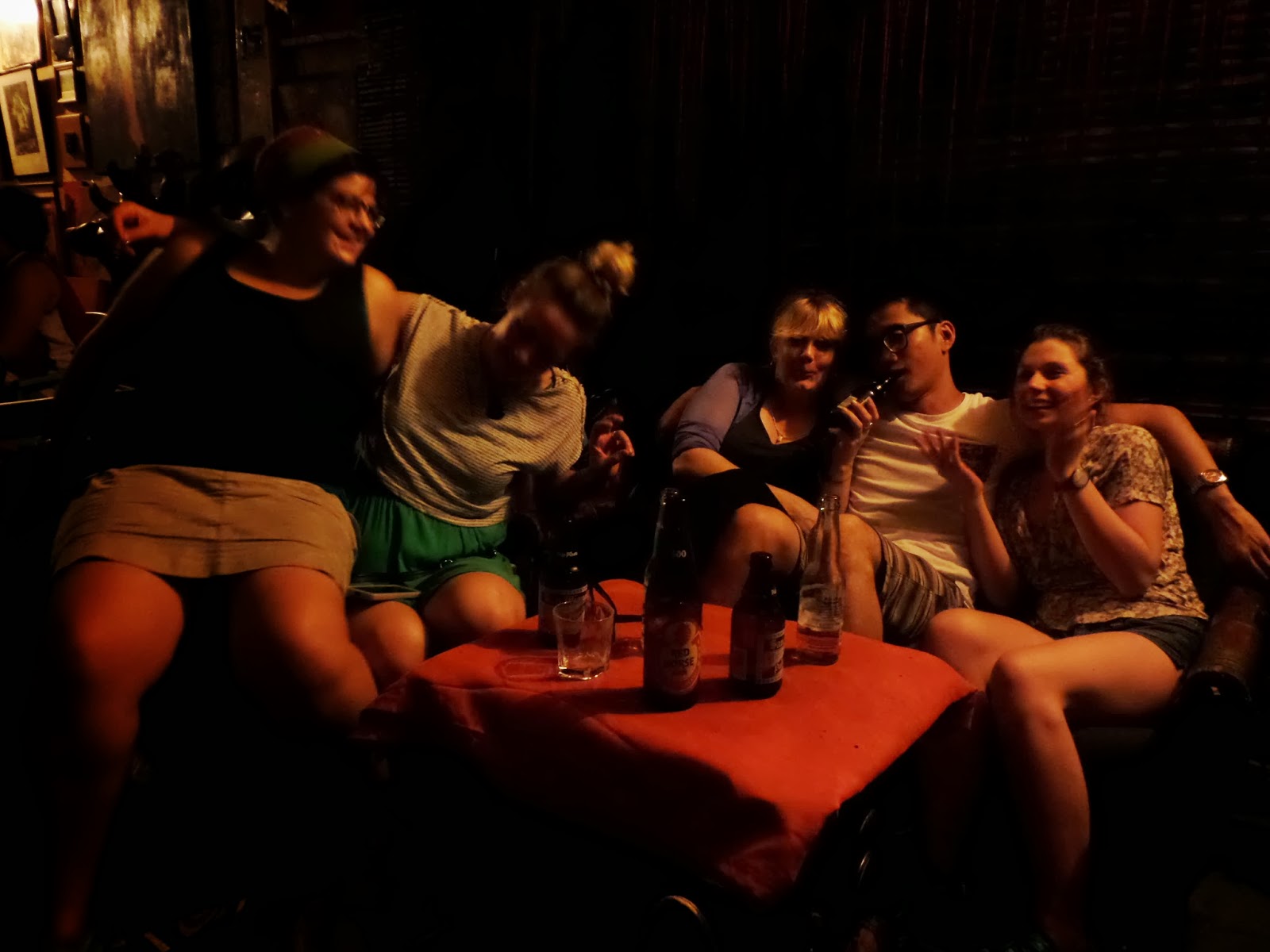 Before leaving to catch a taxi back to the airport we took some time to capture the charm of our lovely guesthouse, Kukuks nest.  Despite being in an extremely noisy area, actually i'm not sure there is a quiet place in the Philippines, we got a great deal. The rooms were super cheap, clean [enough] and the staff was accessible, they also served food and drinks but we never did get a chance to try the former. 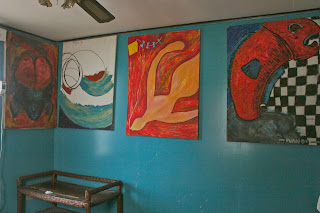 Lovely decor in our room 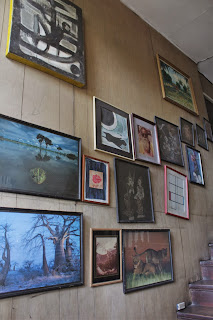 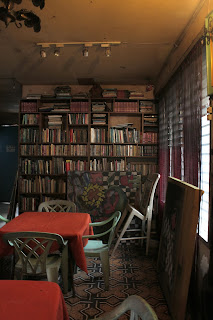 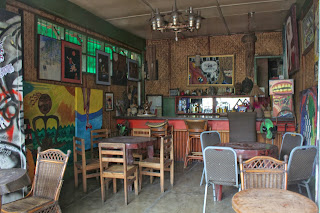 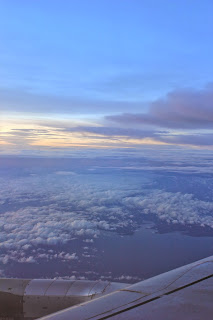 After spending nearly two weeks in paradise it was unfortunately time for me to return to the busy city for a night. I was hoping I could match up my flight times and spend only a few hours at the airport but no such luck.  After a series of extremely lucky, weird-how-things-turn-out-for-the-best, events I found myself in a lovely hotel room near the Mactan-Cebu airport. 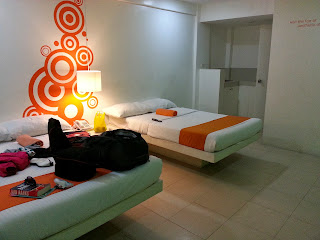 Let me explain:  after our first taste of Cebu I wasn't exactly jumping at the chance to trek back into the city for the end of my vacation - talk about leaving a bad taste in your mouth. Instead I decided to search and book a cheap room on Mactan Island, closer to the airport.  I found a place called the Anthurium Inn on Agoda and after reading reviews decided it was a good choice for the price (~500php).  On the way to Coron airport I met Jan and his three friends, all locals of Cebu, and spent a good deal of time talking to them and sharing travel stories.  We parted ways after boarding the plane but found each other again soon after landing.  None of them had heard of this Anthurium Inn and even after googling it weren't familiar with the location.  I think Jan felt a bit sorry for me being alone and venturing off into the unknown, so he offered to drive me there himself.  This was one of those 'go with your gut' scenarios but I definitely felt a lot more comfortable in the passenger seat of Jan's car than the back of a Cebu cab.  So off we go into the crazy streets of Cebu, just in time for the start of rush hour.  We started getting farther and farther from the airport, turning down less traveled roads at which point Jan started giving me shit about my planning. "Does your mom know where you are right now, i'm going to send her pictures"  "Where did you find this place"  "No seriously, who wrote those reviews, these people are good businessmen".  Well we eventually pulled up to the lovely Inn - conveniently located almost 15 minutes from the airport down a dodgy dirt road. 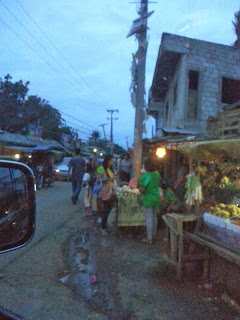 ummm where are we?

Jan pulled a U-turn to bring us up in front of the hotel, almost came to a stop as he said "Are you really going to stay there" and then just kept driving.  I laughed as said "umm I guess not, are you not allowing it?"  Honestly I don't think he could have had a better response, "Hell no i'm not allowing it, you were last seen with me, so tomorrow when you turn up missing they're gonna check CCTV and i'll have cops coming to knock on my door! I'll take you to a better place".  So we backtracked our steps down the dirt roads, local markets, and congested streets until we reached the Island Stays Hotel.  Jan accompanied me inside to check that they had rooms, which they did - only problem being the only option left was the most expensive room at 1,950php.  I have a credit card and would've paid it, just to be settled somewhere, but as I took out my wallet Jan says "Don't worry i'll pay".  After I picked my jaw up off the floor I asked why to which he simply replied "umm a gesture of kindness", he also mentioned that he was sorry he couldn't invite me to dinner because he had to be back to the airport to pick up his aunt.  As if the Philippines didn't give me enough reasons to return (stay tuned) going back to repay Jan is one more to add to the list.  Seriously how do I get so lucky as to meet such wonderful people - my friend Loudine said I must have been stockpiling some good Karma! 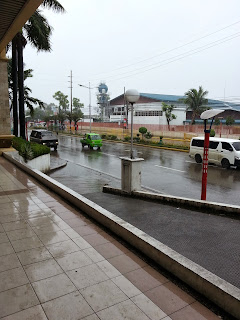 Last day, and it rains

I literally spent my last [friday] night in the hotel room, watching TV and honestly, it was perfect.  Having to be back in the city, after two weeks of awesomeness, a bag of dirty clothes and lack of comfort I couldn't have asked for anything else.  I really appreciated my nice hotel room the next morning, when I awoke to buckets of rain, I can't complain too much though because the rain did hold off while I was enjoying the islands.  After an amazing shower, some hotel-room-yoga, and lounging, I faced the rain for one last meal before making my way to the airport (where of course I'd end up sitting for hours thanks to delays). 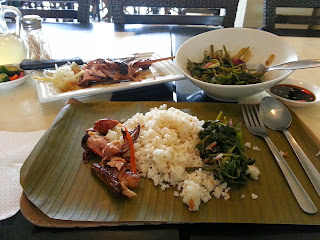