In my typical "I can't sit still" fashion I decided that staying around town was out of the question. I asked my friend Sara if she wanted to go on an adventure to Daegu and try to find Donghwasa temple - so that is what we did.  Two bus rides and one train later and we arrived!  Considering the temple is located on the side of a mountain about 22km outside of Daegu i'd say our travel was pretty smooth (I was mildly impressed with myself).  Before heading up to the temple we stopped for a coffee and some snacks and were then on our way.

The entrance was much like the other temples I had been to, except this one was deeper into the forest of Mt. Palgongsan which made it that much more beautiful.  Once inside we were flagged down but the little old man in the information booth who clearly loved his job.  He began with a polite inquiry about where we were from and why we were here, then proceeded to explain the map of the temple in detail and finally encouraged us to "look around and enjoy" so cute. The temple was huge and to our luck - still covered in lanterns from Buddha's Birthday, bonus! (and we got to avoid the crowds of the previous weekend, double bonus!). 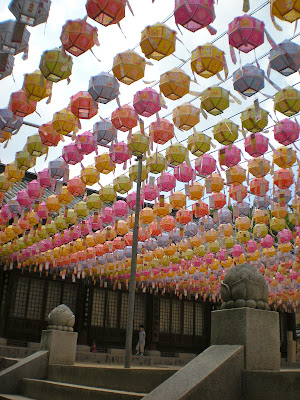 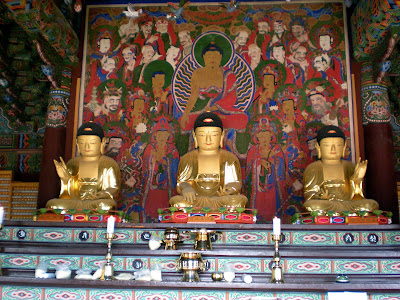 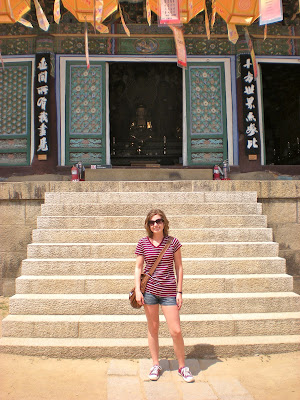 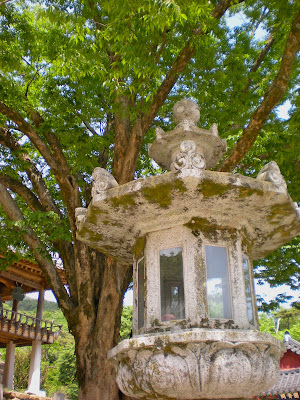 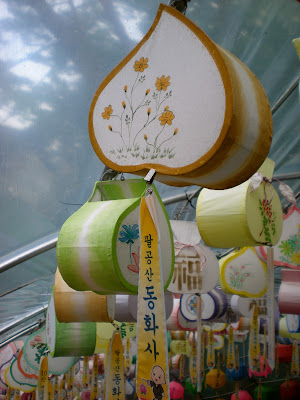 Further down the mountain is the second large portion of the temple which includes Tongil-daebul Buddha Statue.  This was my original reason for finding this place, standing 33m high and 16.5m round, making it the largest in the world.  After taking numerous pictures, stopping to rest while listening to Buddhist chanting, and taking in the amazing view we decided it was time to move on. 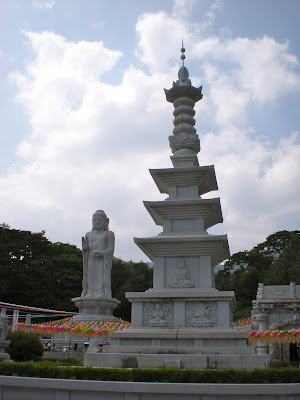 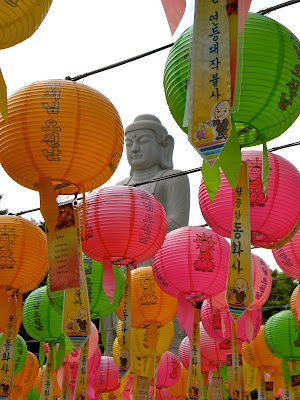 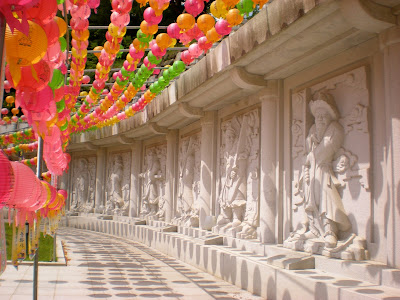 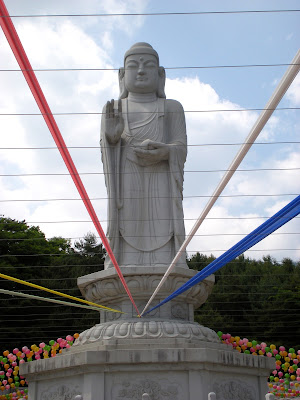 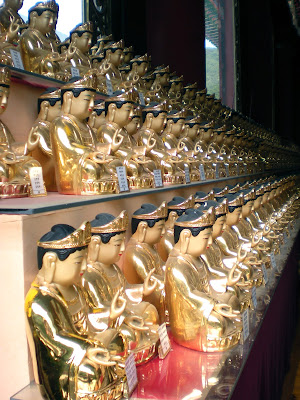 Back down the mountain to find our bus and we were back on our way to Daegu.  Although it was quite the commute out to the temple i'm glad I went, great views, scenery and as usual, friendly Koreans.
Posted by Stephanie at 2:32 PM